Dan Siegel is a well-known trial and appellate attorney with a national reputation as an expert in employment and labor law, particularly in cases involving college and university faculty members, athletics coaches, and students.

Siegel’s expertise includes employment discrimination, Title IX, sexual harassment, tenure denial, whistle blower, civil rights, and police misconduct cases. His Title IX cases includes settlements and verdicts of $19.1, $5.9, $3.5, and $3.3 million. He has tried over 130 cases to jury verdict and is recognized as a “Best Lawyer in California” and “Super Lawyer.” 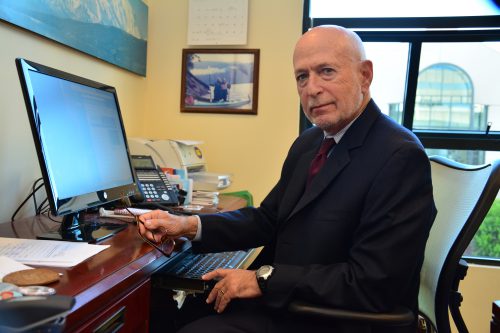 Siegel is a 1970 graduate of Boalt Hall School of Law, University of California. He obtained his bachelor’s degree from Hamilton College in 1967. After working for the Legal Aid Society of Alameda County and the National Lawyers Guild Military Law Project in Southeast Asia, Siegel entered private practice in 1973. His store front community law collective developed an extensive practice representing pipeline workers in Alaska, shipyard workers in San Diego, casino employees in Las Vegas, and farm, cannery, factory, and office workers throughout California.

In 1987 he joined the San Francisco City Attorney’s Office as chief of complex litigation. While there he led the effort to settle a 14-year-old employment discrimination case against the San Francisco Fire Department, negotiating a consent decree that guaranteed affirmative action in hiring and promotions for women and people of color. He successfully defended the decree in the Ninth Circuit Court of Appeals and the Supreme Court against a challenge by the firefighters union.

In 1993 Siegel resumed private practice. He and Anne Weills launched their college and university practice when they represented Jenny Harrison in her suit for sex discrimination in the denial of tenure in the UC Berkeley Mathematics Department. As a result of their aggressive advocacy, the University agreed to a settlement which led to Dr. Harrison’s appointment as a tenured full professor and a substantial financial award.

In 1997, Siegel won the largest employment law case in Arizona history, a $1 million verdict against Arizona State University for Dr. Laurie Vollen, former director of student health. Dr. Vollen was fired after she argued with the university’s athletic director over the care provided to student athletes. In 1998, Siegel won a $700,000 judgment for a CalTrans biologist, Sally Walters, who suffered sexual harassment and retaliation on the job.

In 2000, Siegel and Weills won a judgment of over $1.0 million for Dr. Colleen Crangle in her gender bias and retaliation case against Stanford University, the first loss ever for Stanford in a civil rights case. In spring 2003, they won a $1 million judgment in a tenure discrimination and retaliation case against Brown University, representing Fred Shoucair, a native of Lebanon.

In 2007 Siegel won the two largest verdicts ever awarded in cases brought under Title IX, the law that forbids sex discrimination by colleges and universities and requires gender equity in intercollegiate athletic programs. A Fresno jury awarded $5.85 million to Lindy Vivas, former vollyball coach at Fresno State. A few months later, Siegel and Warren Paboojian won a $19.1 million verdict for Stacy Johnson-Klein, who was fired from her job as head women’s basketball coach at Fresno State.

Siegel is also active in community affairs and has served as president of the Oakland School Board and former chair of the Oakland Housing Authority, the Greater Oakland YMCA, and the Oakland Community Policing Task Force.

We specialize in civil rights, employment and labor law, sports law, personal injury and wrongful death, education law, students' rights, discrimination, and business law. Our dynamic legal practice represents individuals, community organizations, businesses, and labor unions throughout the San Francisco Bay Area and beyond. The partners and associates at Siegel & Yee possess a wide range of experience and expertise and are ready to represent their clients in almost any legal matter.