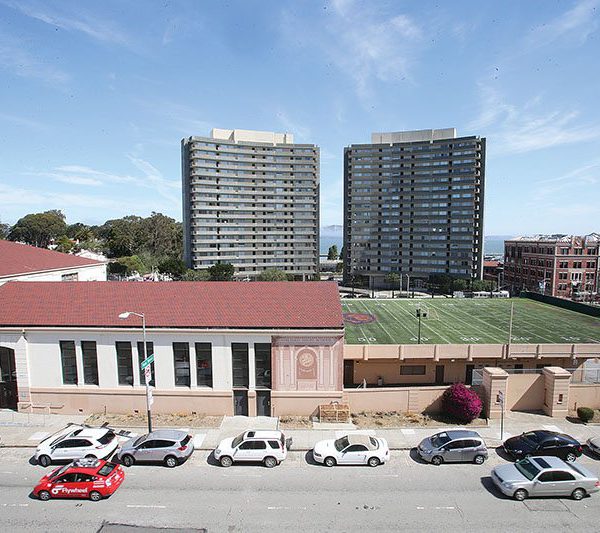 A former high school student who administrators neglected to separate from her alleged sexual abuser and classmate has reached a settlement with the San Francisco Unified School District, according to court records. The Galileo High School graduate filed a federal civil rights lawsuit
Read Article 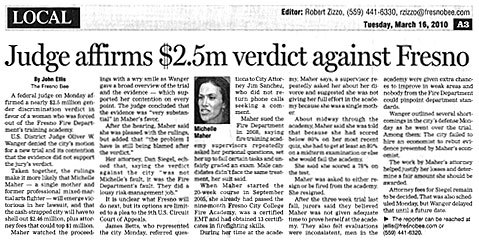 A $3.35 million settlement has been reached in a gender-discrimination lawsuit by a woman who was forced out of the Fresno's Fire Department's training academy, the woman's attorney said. Attorney Dan Siegel, representing Michelle Maher, said he and a representative of the city of Fresno's insurance carrier reached the out-of-court settlement over a recent dinner in San Francisco. "I'm pleased with it. I think we reached a fair settlement," Siegel said. Maher sued the Fire Department in 2008, saying fire training academy supervisors asked her personal questions, set her up to fail certain tasks and unfairly graded an exam. In November 2009, a U.S. District Court jury ruled in Maher's favor. As part of the settlement, the city will dismiss its appeal, Siegel said. The Fresno city attorney's office could not be reached for comment.

In the coming days, one of President Obama’s closest labor allies could take the stand in a fierce trial pitting the Service Employees International Union against a rebel breakaway. But there’s a bit of a backstory between SEIU and the

A $3.35 million settlement has been reached in a gender-discrimination lawsuit by a woman who was forced out of the Fresno’s Fire Department’s training academy, the woman’s attorney said. Attorney Dan Siegel, representing Michelle Maher, said he and a representative