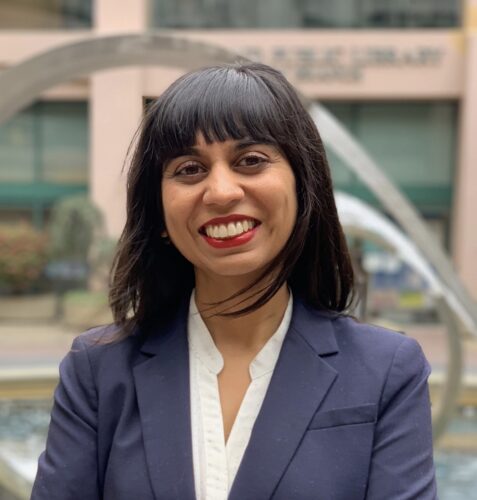 She is a dedicated and strategic advocate for workplace fairness and social justice­­.

Ms. Mehta has successfully represented employees and executives in court and other legal venues. She is an expert in public employees’ rights.

In October 2022, she won a $2 million verdict for the first woman Superintendent at a San Jose school district.

She won a six figure jury verdict for a public employee whistleblower as well as many victorious rulings and significant settlements in discrimination and retaliation cases.

Ms. Mehta is also well versed in labor law. She is General Counsel to Public Employees Union, Local #1, for which she has won numerous Public Employment Relations Board (PERB) proceedings. She is co-General Counsel to Service Employees International Union, Local 87, San Francisco’s janitors’ union. She represents Local 87 before the National Labor Relations Board and in grievances and arbitration.

Previously, Ms. Mehta was the Co-Executive Director of community and workers’ organization Young Workers United in San Francisco. There, she won the first paid sick leave law in the country through a 2006 San Francisco ballot initiative.

She looks forward to working with you for your best result.